Let Me Hear a Rhyme (Hardcover) 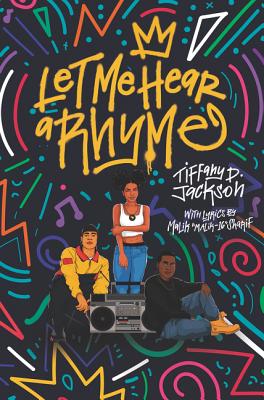 “Jackson’s third novel transports you straight into the Brooklyn of the late ’90s, full of great hip-hop and rap references, dial-up internet, and the cultural reverberations of the murders of Tupac and Biggie on the black community. When their best friend is shot and killed, two teens attempt to keep his spirit alive by convincing his younger sister to let them make years of his secretly recorded rap music go viral. Jackson’s characters are tangible and her atmosphere is so timely, even though it is set 20 years in the past.”
— Lauren Nopenz Fairley, Curious Iguana, Frederick, MD

In this striking new novel by the critically acclaimed author of Allegedly and Monday’s Not Coming, Tiffany D. Jackson tells the story of three Brooklyn teens who plot to turn their murdered friend into a major rap star by pretending he's still alive.

Brooklyn, 1998. Biggie Smalls was right: Things done changed. But that doesn’t mean that Quadir and Jarrell are cool letting their best friend Steph’s music lie forgotten under his bed after he’s murdered—not when his rhymes could turn any Bed Stuy corner into a party.

With the help of Steph’s younger sister Jasmine, they come up with a plan to promote Steph’s music under a new rap name: the Architect. Soon, everyone wants a piece of him. When his demo catches the attention of a hotheaded music label rep, the trio must prove Steph’s talent from beyond the grave.

As the pressure of keeping their secret grows, Quadir, Jarrell, and Jasmine are forced to confront the truth about what happened to Steph. Only, each has something to hide. And with everything riding on Steph’s fame, they need to decide what they stand for or lose all that they’ve worked so hard to hold on to—including each other.

Tiffany D. Jackson is the author of Allegedly, Monday’s Not Coming, and Let Me Hear a Rhyme. A TV professional by day, novelist by night, she received her bachelor of arts in film from Howard University and her master of arts in media studies from the New School. A Brooklyn native, she is a lover of naps, cookie dough, and beaches, currently residing in the borough she loves, most likely multitasking. You can visit her online at www.writeinbk.com.

★ “Jackson repeatedly proves that she is a titan among her peers, and her latest novel is no exception...  Jackson weaves the three points of view together seamlessly, creating richly drawn and authentically real teen characters.”
— ALA Booklist (starred review)

★ “Deftly chronicles the timely story of bold young talent gone too soon... Jackson scores a bull’s-eye with her passionate homage to black city life in the late ’90s, yet it’s her earnest takes on creativity, love, and loss that are timeless.”
— Publishers Weekly (starred review)

★ “Readers will feel connected to these teens’ love of hip-hop, their loyalty to each other and their love for their community... offers moving portraits of young people... an engaging ode to ’90s hip-hop and to love in many forms.”
— BookPage (starred review)

“With thoughtful attention to detail, Jackson offers a believable cast of Black teens immersed in a particularly rich hip-hop moment. The combination of lyricism and narrative realism is an effective mode of representing a particular sort of adolescence against the backdrops of New York City and rap music.”
— Bulletin of the Center for Children’s Books

“Jackson presents a fast-moving, heart-pounding homage to nineties hip-hop, Brooklyn, and the power of music, love, and friendship. Readers are transported to a time when DJs and MCs rocked the parties and when word-of-mouth could make you a star.”
— The Horn Book

PRAISE FOR MONDAY’S NOT COMING:
“A mesmerizing, punch-in-the-gut story about the power of friendship and the horrors hiding right in front of us.”
— Laurie Halse Anderson, author of Speak and Chains

★ “This thought-provoking thriller examines issues such as abuse, gentrification, and the marginalization of people of color with nuance and sensitivity. The narrative deftly moves back and forth between past and present, building to a devastating conclusion. A spellbinding, profoundly moving choice for YA collections.”
— School Library Journal (starred review)

★ “Jackson’s sophomore novel features another ripped-from-the-headlines premise that will keep readers guessing through the final pages. Jackson’s characters and their heart-wrenching story linger long after the final page, urging readers to advocate for those who are disenfranchised and forgotten by society and the system.”
— Publishers Weekly (starred review)

★ “Jackson effortlessly weaves elements of suspense with issues of race, class, and gender, casting a harsh light on a world that often refuses to notice the disappearances of black and brown girls. The twist at the end is both gaspworthy and heartbreaking.”
— Bulletin of the Center for Children’s Books (starred review)

“Jackson doesn’t hold anything back when it comes to the pain of abuse and the ramifications of turning a blind eye. It’s a frank, devastating read filled with real and flawed characters, and it’s a story that needs to be read.”
— Booklist

“The draw of this novel, which was inspired by actual events, lies in its interwoven themes of the effects of gentrification, especially on black residents whose connections, culture, and community become afterthoughts in the face of capitalism. A tragic and heartbreaking tale of love, loss, grief, growth, and perseverance.”
— Kirkus Reviews

PRAISE FOR ALLEGEDLY: ★ “With remarkable skill, Jackson offers an unflinching portrayal of the raw social outcomes when youth are entrapped in a vicious cycle of nonparenting and are sent spiraling down the prison-for-profit pipeline. Dark, suspenseful.”
— School Library Journal (starred review)

★ “Her novel effectively joins Ava DuVernay’s documentary 13th and Michelle Alexander’s The New Jim Crow (2010) to become another indictment of the penal system’s decimating power beyond its bars and, more subtly and refreshingly, a pro-reproductive-justice novel. Searing and true.”
— Kirkus Reviews (starred review)

★ “The characters are complex, the situation unsettling, and the line between right and wrong hopelessly blurred. It’s also intensely relevant, addressing race, age, and mental illness within the criminal justice system. Well conceived and executed, this is an absorbing and exceptional first novel.”
— Publishers Weekly (starred review)

★ “Suspenseful without being emotionally manipulative, compelling without resorting to shock value, this is a tightly spun debut that wrestles with many intense ideas and ends with a knife twist that will send readers racing back to the beginning again.”
— Booklist (starred review)

“Seen through Jackson’s dark portrait of the legal system and the failures of parents and social workers, Mary’s environments are as grim as the stories that play out in them; readers fascinated by procedural dramas will be thoroughly hooked.”
— Bulletin of the Center for Children’s Books

END_OF_DOCUMENT_TOKEN_TO_BE_REPLACED 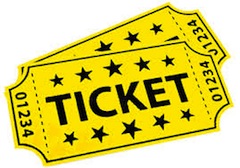